In response to The Daily Post’s weekly photo challenge: “On the Way.”

Last week as I got out of the train station in Lucerne I stumbled upon a lovely looking camper van with lots of colourful papers stuck onto it. As I got closer to examine them a young lady started talking to me about what the project was all about. I had actually stumbled upon a registration office for moments of happiness! These people had just set up a new website and for their launching they stood in the square for a whole day trying END_OF_DOCUMENT_TOKEN_TO_BE_REPLACED

…So what happened to the Tidy-Up-Challenge you may wonder? Lately I’ve only been posting photographs for the Weekly Photo Challenges, Silent Sundays and my weekly Friday Flow issues. The Friday Flow’s because it’s a set goal of mine to try to do this every week and I’d like to keep that. The photographs because they’re much less trouble to get sorted for a post. I’ve been so utterly busy and tired these past few weeks that I just couldn’t bring myself to update on the Tidy-Up-Challenge with the Konmari Method yet. But trust me: I’m working really hard on the method, on the tidying process, and taking lots and lots of pictures to show you the effects. And be sure – the effects on me (AND my surroundings!!!) are quite stunning!!! Keep an eye on this website for more!

In response to The Daily Post’s weekly photo challenge: “Broken.”

I love wandering through cemeteries. I’ve been to so many in all different countries – they all vary and still I find them all very peaceful. What breaks my heart though is when I see damaged tombs, broken gravestones and statues. What person would want to do such a thing?! That makes me very angry and I just can’t understand a person doing something like that. What a dishonour! The most hearbreaking things are broken angels, little fellows with broken wings or no heads. Like this one here. It’s the grave of a baby. How sad to have a broken angel on top of it. But the beautiful thing that caught my eye is how the persons taking care of the tomb managed to make something beautiful out of it – using the angel’s body as a vase. Somehow the whole picture breaks my heart…

The other day I finished reading a book by Cathy Kelly called “Once In A Lifetime“. I like looking into different Irish writers and this was my first book by her. It took me a while to get used to her plot – it seemed as if she was jumping from character to character a bit too much for my taste, but looking back I quite enjoyed reading it and the book leaves you with a good feeling. There are several subjects mentioned in the book, and the main one I feel was age and ageing.

What I liked most about the book though is that nearly every chapter started off with a quote. I really enjoyed reading those quotes and usually put down the book for a few minutes to muse about what the quote said. I’d like to share them with you in this week’s Friday Flow issue ❤

1.) Be kind to other women. It really works – most of the time. And even on those days when it doesn’t, it’ll make you feel better inside.

2.) Be true to yourself. Sounds mad, doesn’t it? I mean, what’s true? But you’ll know when you get there, trust me on this.

3.) Learn how to say no. Practise. Say it at least once every day and you know what? You’ll get better at it. END_OF_DOCUMENT_TOKEN_TO_BE_REPLACED

In response to The Daily Post’s weekly photo challenge: “Enveloped.”

I wanted to share the.ultimate.beautiful.picture with you for this week’s photo challenge. After browsing through all of my pictures and realizing I hadn’t got the one I had in my mind (either I always only took mental pictures of it or the picture was taken by someone else^^) I thought: feck it… Life is too short to be taken seriously all the time, to want to achieve all the time and give your best. Since I feel a little more humour in my life would do me good, I’ll share two rather humorous pictures with you for the theme “enveloped”:

This sheep is enveloped in sheer boredom. Honestly. She told me.

The initial picture I was looking for shows people enveloped in happiness while dancing to their favourite music. I love going to festival and concerts, and so many time you see people dancing with closed eyes, just enjoying themselves to the most, all engrossed and enveloped in their dancing dream

Was that a long time ago? How did that make you feel?

A long time ago, I was going through a pretty rough time. A good friend then gave me a very good advice: try out new things, do things that you’ve never done before! So I did. And I don’t know what it really was about it END_OF_DOCUMENT_TOKEN_TO_BE_REPLACED

In response to The Daily Post’s weekly photo challenge: “Forces of Nature.”

When I read the title of this week’s Photo Challenge, I immediately thought of some stormy sea pictures I’ve taken in Ireland, but the request is to share something from “our corner” of the world. With Switzerland being “my corner”, most people might assume I’d be posting some pictures of the Matterhorn (or any other mountain), snow avalanches or any well-known-Swiss-thing, but the fun thing about sharing stuff from your corner is to share some less known stuff from your corner, right?

So let me tell you about the Gletschergarten (which means “garden of glaciers”), one of my favourite places here since I was a child.

After the Ice Age, apparently the melting water of the glaciers has been rotating some big rocks and hence created huge potholes. But let me quote some information of the home page of the Glacier Garden as it is much better explained:

This model of a ‘glacial mill’ from 1896 illustrates the outdated first theory of how potholes were formed. It was believed that big rocks, rotated by meltwater, similar to a flour mill, had ground the holes into the bedrock.

Contrary to those beliefs, we now know that glacial potholes were formed at the base of a glacier by the force of pressurized meltwater carrying sand and gravel, forming vortices with high speeds. This process can erode large holes within only a few years.

The rock in the model can only be rotated by the low-flowing water because it is hollow and light. The model is being conserved for its value to the history of science.

The first picture is my contribution to this week’s challenge, and shows the man made model of the glacial mill. The others are just so you can get an idea of what the potholes look like and how deep they are.

The holes are truly massive! I’ve always been absolutely amazed by the way they were created. In fact, I still am. Actually, I should go back and visit that place again…^^

Visit www.gletschergarten.ch for more information on the place 🙂

Welcome to my messy world here :)

Let's help each other getting organized and enjoy life by having a closer look to the invisible neat little things :)
Follow my messy world on WordPress.com

Spoiling myself during a rainy irish afternoon <3

Colourful tissues can be found pretty much everywhere. They offer a wee little bit of comfort when you’re feeling sick. 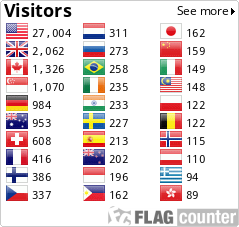